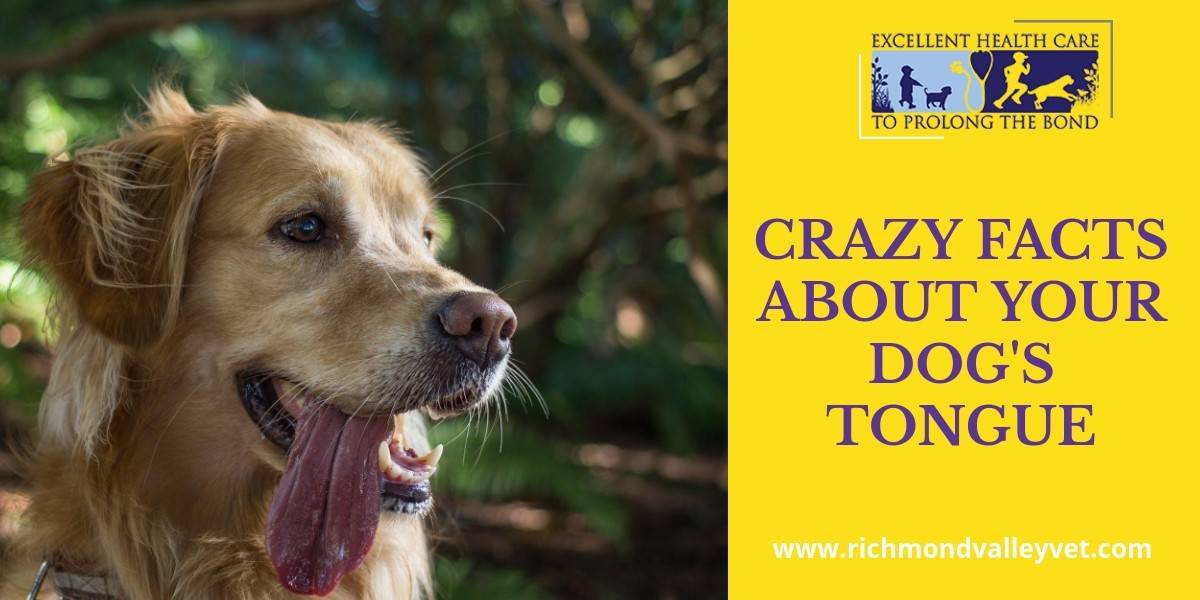 Dog parents usually underestimate their companion’s tongue. As a matter of fact, a dog’s tongue can always surprise you in different ways. A dog’s tongue, like any other organ, is an important one, which carries out multiple functions like swallowing, eating and even regulating their body temperature.

Here are some interesting facts about your dog’s tongue that you probably did not know about.

Dog’s tongue influences the sound of the bark

Similar to how human’s tongue influences the way they speak, a dog’s tongue has a major role to pay in influencing the sound of his bark. It has been noticed that the size of the tongue influences the sound of your dog’s bark. Additionally, the way they use their tongue can be used to understand their health statistics. For instance, if your dog hangs his tongue out a lot, it might indicate a dental infection. On the flip side, if he hides his tongue and appears to be ‘clenched mouth’, he can be tensed.

Apart from cleaning themselves via grooming, dogs also use their tongue to disinfect wounds in addition to helping them removing the dirt and debris. The saliva in the dog’s tongue contains some compounds that can help to kill bacteria.

An ability to taste bitterness is considered to be vital as in nature, anything that tastes bitter is considered to be unhealthy or poisonous. This is one of the reasons why your dog refuses to take pills. As a pet parent, one strategy to get your dog to eat those pills is by wrapping it up in a sausage or cheese.

A dog’s tongue plays a crucial role in regulating his body temperature. You might have noticed your dog panting after a training or playful session. As dogs are usually furry, they cannot sweat through their normal skin to regulate the temperature. This is where the tongue comes in handy. When your dog sticks out his tongue, it acts as a radiator via which the evaporation of water takes place. This results in the bringing down the body temperature.

Dogs tongue act as a perfect ladle to drink water. Dogs drink water differently when compared to cats. While cats use the tip of the tongue to pull and eventually snap the water in, the dog uses his tongue similar to a ladle to take in water. The whole process happens quickly so that it is hard to notice how the dog shapes his tongue in the form of a ladle; this is something that also makes your dog a messy drinker.

Let us know what you think about this post and feel free to share any crazy facts about dogs tongue that we have missed.

Dr. Esposito is excellent. The staff are great. Everyone who assists the vet in the room are always very caring and good with my dog. I’m always able to get an appt and even had to change my appt and staff was accommodating. I wouldn’t change anything.  – Alisa Fernandes

Everyone was so nice and welcoming and I really felt comfortable bringing Mochi there. I would highly recommend this vet to everyone.Everyone really cares about your pets needs!! The #1 best part is that you do not have to educate the vets about English bulldogs!!!!!! That is the biggest relief!!! And Dr. Esposito is awesome and the vet techs know how to handle bulldogs. My only suggestion would be that thier would be a second person to help out at check out. Even though they are very busy when … END_OF_DOCUMENT_TOKEN_TO_BE_REPLACED

You’ve taken the best care of my pets for over 25 years.  – Rosemary Reynolds

I am grateful for the time and concern the doctors and the staff offer me and my pets. They are attentive , professional yet very empathetic! I feel blessed to be able to turn to them for the care my fur babies need!!!  – Diane Nudelman

We love you guys. We have been coming to you since 1986 and Dr Maccia is the best , he treated all of dogs.  – Debbie Tredici

Our visits are always pleasant.the wait is short and the vets are great!Thank you for taking great care of our baby!It is comforting to know there is a vet on call and how quickly they return your call. Thank you.  – Sharon Luciano

7 Dog skin problems that you probably did not know about

Dog skin problem is a common diagnosis that costs their owners a considerable amount. Unfortunately, dogs are a tad more…