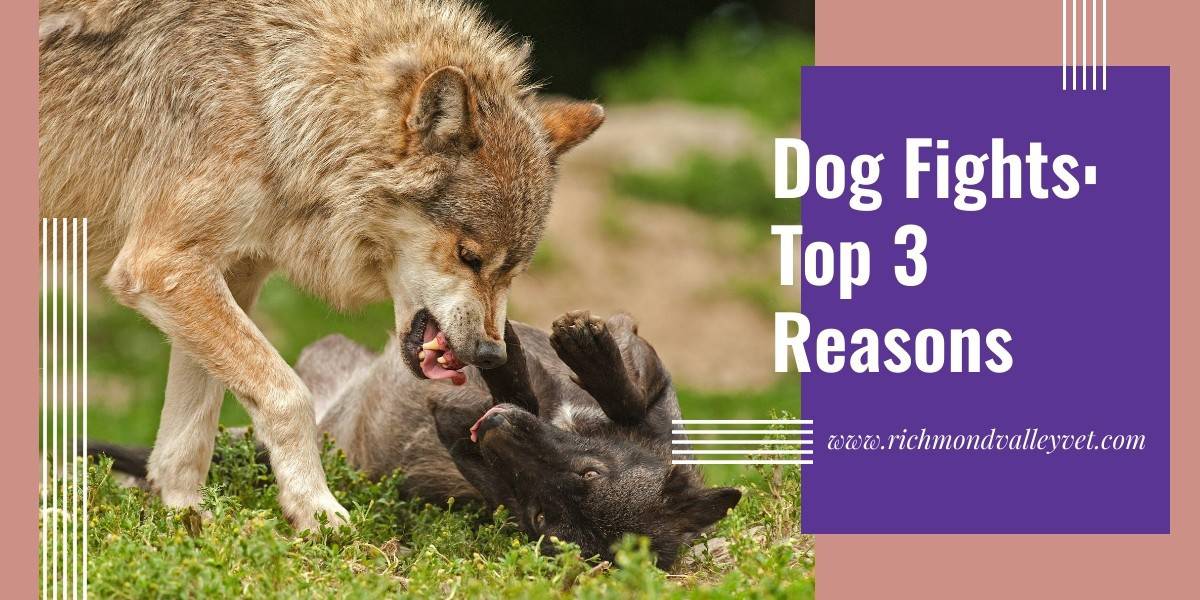 A dogfight can be a headache for any pet owner. On most of the occasions, the dog owners find it difficult to understand whether their dog is fighting or playing. As a dog owner, it would be hard for you to understand when to step in and to hinder further interaction between dogs.

Ability or knowledge to stop dog fight can be an asset for any dog owner. The key to achieve this goal is to understand the main or common reasons for dog fights.

Fear is one of the common factors that trigger dog fight. There are different signs that you can keep an eye out to understand whether your dog is in fear. Usually, dogs show different behavioral abnormalities like excessive barking, snarling, and growling.

Territory and attention is another common reason over which dogs may fight. Dogs are usually not as territorial as cats. However, they can be so protective and so close to their owners. They also consider their house or the place they spend most of their time as their ground.

Your dog can easily get attached to any place within the house or outdoors where they spent most of the time. For some dogs, it might be the space beside your dog or the shady comfy area in the backyard. They like to mark their territory by peeing. This is the strategy that dogs use to claim their territory, especially in public areas.

Introduction of a new dog to this territory can trigger the territorial instincts. This can be the prime reason for constant fights between dogs. The fact that dogs cannot easily digest the changes to their routine and they get jealous easily is also something that seconds the fighting instinct. If a dog feels that he is not getting the attention or care that he used to, he might attack the rival canine.

The hate at first sight

Some dogs simply do not get along with each other. Even if you try hard to diagnose the situation or sort out the reasons, you might not find anything. If you feel that your dog simply won’t get along with another dog, it is ideal not to force them to get along.

Even when it is your own two dogs that take a dislike to one another, you might have to plan their dwelling in such a manner that they do not cross path on most of the occasions. Let them live independently without interfering in each other’s business.

Dog fights cannot be prevented at all time irrespective of how vigilant you are. This is where you can consider some strategies to break up the fight like splashing water on their heads, trying to place a barrier between the dogs or trying to break up the fight by throwing a blanket or wet towel over them. Be attentive to your dogs and ensure that they are equally loved and cared for at all times.

Every time I step into the office I know that my Tosca will be getting the best care ever. And I’m aware of the fact that emergencies happen and the dogs get the care as I would expect when an emergency happens for my Tosca I just wish that when I had an appointment that I was taken directly on time But when it comes down to it it’s worth the wai. ~ ADELE & MELISSA SANTANTONIO

4 Things to consider when choosing a dog breed

Getting a canine companion can be one of the best decisions of your life. However, the task of choosing a…