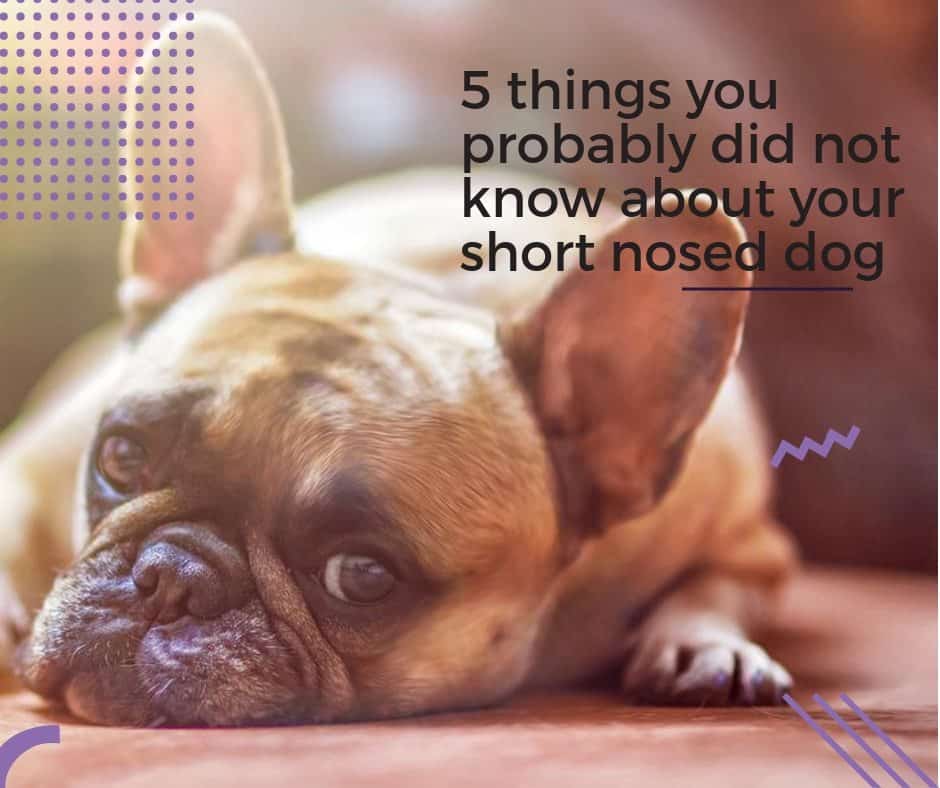 Here are five interesting facts about brachycephalic dog breeds that you probably did not know.

BOAS or Brachycephalic Obstructive Airway Syndrome is a condition that affects most short-nosed dogs. Don’t start worrying yet, not all the brachycephalic dog breeds are seriously affected by BOAS.

All short nosed dogs are characterized by upper airway obstruction and it is usually evident in the form of snorting or snoring. However, the condition can get worse with symptoms like sleep deprivation, gagging, heat intolerance and vomiting.

Unfortunately, you need the help of a veterinarian performs different tests for blood, heart rate and X-rays and complete airway assessment to diagnose BOAS.

They are super affectionate and better guard dogs

As per several studies, (especially, the one performed by PLOS One Journal) and researches, experts believe that short nosed dogs are more affectionate and better guard than their long nose companions.

They are often sprayed or neutered:

Any dog lover should know that owning a brachycephalic dog is a big responsibility. So if you decide to own a brachy, it is important for you to accept that they might come across several health issues, to treat which, you might even resort to a surgery and they can even die early.

Brachycephalic dogs often require surgery to give birth and the brachycephalic airway obstructive syndrome is inherited, these reasons also compel the short nosed dog owners to neuter their four-legged companion.

As short nosed dogs are known to have breathing issues, it is always advised to not over exercise them, especially during summer. Pets, especially, brachycephalic dog breeds can easily get stressed out during summer.

Therefore, it is advised to confine your dog to indoor and limit his exercise routine during summer.

Some airlines have banned brachycephalic dogs:

If you are planning to fly with your brachy, it is better to be aware about the different pet friendly airlines and the precautions to take.

Caring for brachycephalic or short nosed dogs can be a tedious task, but the affection and loyalty that you will receive in return will always make it worth the effort.

Always a great experience.  Fiona is always very well taken care of from the moment we walk in to the time we leave.  Truly the most caring veterinary practice on the island.  – Gregory Orlando

Can’t express how much I appreciate your practice.  Everyone is so accommodating with the best interest of the of the animal at heart.  You make the ride from New Jersey worthwhile.  Thank you.  – Maria Vallillo

I feel that my bulldog gets excellent care at Richmond Valley. Everyone there is very friendly, knowledgeable and efficient. We trust them with our Sophia!  – Roberta Ohanlon

As a first time dog owner, I feel confident and well informed when I leave the office.  – Suzanne Meagher

I am so pleased with the staff, and Doctors at your office! I love how much care, and time everyone takes to ensure the quality of life of my pet.  – Alisha Ferenczi