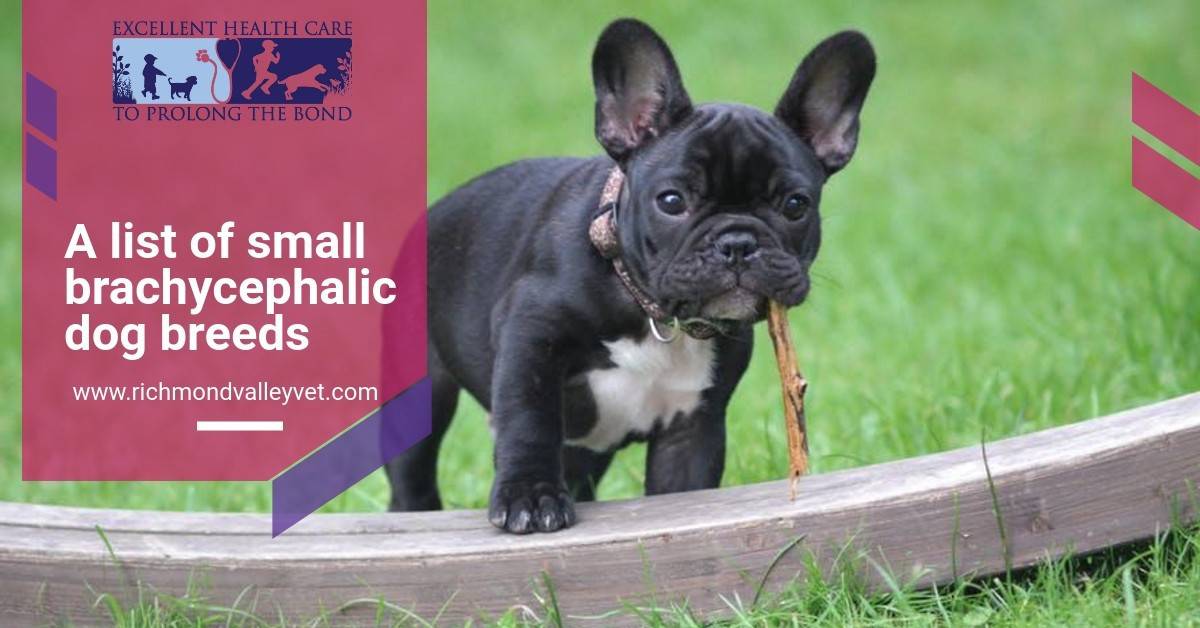 Dogs belonging to the brachycephalic family have a smashed-in face with constricted airways and nose. Brachycephalic or short-nosed dogs are popular among the pet lovers for the right reasons. Ironically, parenting a brachycephalic dog breed can be a hassle as they require special care on most of the occasions.

The Pug: the pug is one of the popular dog breeds that belong to the brachycephalic family. Known for an endearing personality, pugs can be your best companion. Surprisingly, they are also very protective of their owners. If you love small dogs and if you wish to adopt one, pugs are probably the best option.

The Pekingese are short adorable dogs with a silky coat. These dog breeds are the perfect examples of a lap dog. Ironically, the long hair and the caved-in face in the Pekingese can turn out to be a deadly combination during summer as they are vulnerable to respiratory issues from birth.

Another small dog belonging to the brachycephalic dog family, which probably requires a tad more attention when compared to the other smaller brachycephalic dog breeds. The Shih Tzu also carries a thick coat, which demands constant grooming and care. This breed’s muzzle size can vary between dogs.

One of the gentle and loving brachycephalic dog breeds that you will ever come across. The Cavalier King Charles spaniel is intelligent and easy to train, apart from being good with children. The dog is a peace lover and known to bark less when compared to the other dogs belonging to the same category. Being alight-hearted dog breed, the Cavalier King Charles spaniel can be fragile and often suffer from separation anxiety.

Apart from being vulnerable to breathing issues, The Cavalier King Charles spaniel is also susceptible to ear infections.

Originally bred as fighting dogs, The Boston Terrier attained fame in no time, not as fighting dogs, but as affectionate and compassionate companions to humans. Boston terriers have a sturdy and muscular body in addition to a lovable character.

Like most of the brachycephalic dog breeds, the Boston Terriers are prone to respiratory issues and corneal ulcers. The short coat in Boston Terriers makes them sensitive to extreme cold and hot weather.

As a dog lover or enthusiast, you should know that owning a brachycephalic dog comes with several responsibilities. You might have to earmark significant amount of time and money to ensure that your pooch is at the peak of his health. However, the commitment and love that you can expect in return makes all your efforts worthwhile.

The doctors and office staff could not be nicer or more professional.  All of my cats have received such wonderful care.  I would recommend this office to anyone who wants great care for their pets.  – Christina Drabik

I have been a long time client at Richmond Valley and the Vets and staff fee like family to me. They always greet me and my pets with a smile, take to to explain things to us and answer all our questions.  – Joann Sarni

Every time my fur babies are there they get treated with the best care by all the staff and doctors!  And we come from New Jersey because we know our babies are in good hands!  We will never go anywhere else!  – Ron & Jill Hansen

Daisy loves Dr. Caban!  He always treats her with the most care and knows she isn’t just a dog, but a member of our family. – Barbara Panzella

We are always treated with respect, courtesy, and care at Richmond Valley Vet. We have had other veterinarians in the past, that we felt were competent. However, Richmond Valley goes above and beyond what we have ever experienced with other practices. The receptionists are polite, caring and very kind and empathetic. It is very easy to get an appointment, especially in emergency situations. We have dealt with three of the veterinarians there and they have all proven to be far more than just comp… END_OF_DOCUMENT_TOKEN_TO_BE_REPLACED

Always a great experience.  Fiona is always very well taken care of from the moment we walk in to the time we leave.  Truly the most caring veterinary practice on the island.  – Gregory Orlando